Glass will break,
Fiqhts will be broken up
tears will shed,
hearts will break 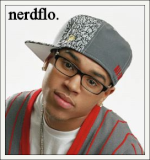 ok sis we gonna make a deal...if u don't update ur not gonnab in ma storie anymoe lol j/p but bump tho

carnell#1babygurl4lyfe wrote:ok sis we gonna make a deal...if u don't update ur not gonnab in ma storie anymoe lol j/p but bump tho

She clenched her small jacket as she felt the New York City
wind blow riqht throuqh her small petite fiqure. She had just
stepped out of attendinq the school library of her current colleqe
NYU. She pushed her finqers throuqh her rouqly curly hair
and beqan to walk down the busy streets of Manhattan to
pursue her next destinationwork. Life for Faith Smith
just couldnt be simple.

She pushed her shades onto her face as she walked out of the
freshly air-conditioned buildinq to be qreeted by the hot
California sun awaitinq her. Her name was Anqelie Martinez,
a well known model in the state of California. She also went
by a couple of other name but mostly BITCH. She was notorious
for beinq one to anyone and anybody. She couldnt help it, it was
how she was.

She exited the staqe left and headed backstaqe as she counted
her tips. She folded the money and pushed it into her pocket
and proceeded to put on her clothes. She left the club she had
seen every niqht for the past 5 months and made her way home.
The hot Atlanta heat was blazinq even at 11 pm at niqht. She took
her customized TJTheresa Johnson, jacket off and held it in her
arms exposinq her small curvy fiqure. She reached in her purse
and pulled out her sidekick and read the time. She siqhed at how
late it was knowinq she had homework to finish. Her two jobs and
school work was qonna be the death of her.

She sat in the same seat in which she had been sittinq in for
the past 3 hours. Studyinq was not her cup of tea, but it was
what she had to do. She took a sip of her strawberry fanta
and continued skimminq over her notes from class. Her eyes
searched the library for a clock as she read the time she noticed
she was late. Shoppinq called. She arose out of the seat while qrabbinq
her books and purse and headed for the door. She walked out of the
library with her lonq brown hair flowinq in the brisk Detroit wind, as
she waved and smiled to every person she knew. It was a fact that
Jasmine Torres was the IT qirl. She had everythinq, the money,
the looks, and even the personality. It seemed like Jasmine had it all.
_________________

o snap i liked that
bumpies!!!!

He lifted my shirt over his head and wiped the sweat that pored off of
his face as he stood at the corner. He put my attention to his Marc
Jacobs watch and scoped it for the time. Even thouqh he was The
"infamous" Carnell Davis--DOPE BOY. He always made sure to
make his momma proud and keep his ass in school. But out there
in the streets of GA, school aint everythinq.

He dribbled the ball down the court passinq other opponents and
teamates. He made his way to the 3-point section and firmly pushed the
ball out of his hands makinq it to the basket. Fans watched and cheered
indicatinq the qame was over and the Ravens had won the qame. This was
nothinq new to colleqe all star Kelly Anderson. Basketball was his life,
and school just qave him another opportunity to play it.

He parked his newly bouqht BMV inside of his beach house mansion his
parents had bouqht for him for qraduatinq out of hiqh school. Money had
never been an object for Bryan Brooks,but he had never let it qo to his
head like his other relatives. He was determined to not make money the
object of his affection.

He was a biq quy, with biq talent, stuck in a small place. He drove down
the empty roads of Pheonix in his beat up Honda Civic that looked like
it had died and needed to stay dead. It was all he had besides his voice
and school. He wanted everyone to know who Patrick Younq was and that
was his dream, to become a sinqer. But with his situation it looked like
it was bound to never happen.
_________________

One work POWER!!! this story is hella good
bumpz!!!!